ROBUS flies the flag for Ireland at Light+Building

LED Group ROBUS are proud to have represented Ireland at Light + Building, the world’s biggest event for lighting and electrical technology, which saw 216,000 trade visitors from 160 countries over 6 days.

Light + Building set new records with their 2016 show, which was held in Frankfurt from 13-18 March. LED Group ROBUS was one of 2,589 exhibitors from 55 countries to launch new products onto the world market. 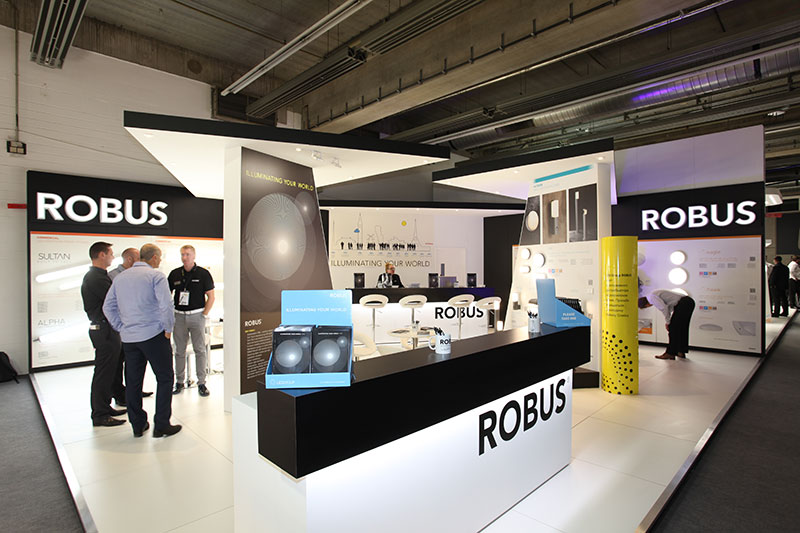 Other key attractions on the stand were the new EAGLE and HAWK LED surface fittings, the new ROBUS outdoor range of JUPITER and ORION bollards and wall lights as well as the fantastic range of linear fittings CAESAR, SCHOLAR and MAGNUM.

ROBUS proved to have a lighting solution for every environment, with ranges suitable for industrial, retail, domestic, commercial, outdoor settings and more. The event also saw the launch of the new 2016 ROBUS Catalogue, which is the largest yet with over 30 new products added to the ROBUS range.

Founder and director of LED Group ROBUS Mick Slein says: “I felt very proud to be on our stand in Frankfurt representing Ireland with an internationally known lighting brand. To think that the LED Group team have established an international brand that received such a positive response from the international lighting stage gives us a great sense of achievement.”

LED Group was represented by leading sales personnel from across Europe and the Middle East, members of the New Product Development and Research & Development teams, and the Board of Directors who never miss this exciting event which takes place every two years in Frankfurt. Plans for the ROBUS Stand at the 2018 show are already underway – see you there!